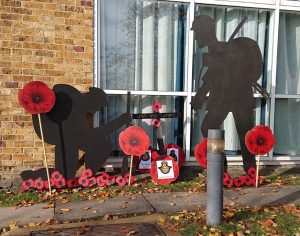 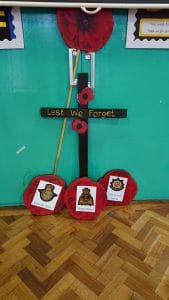 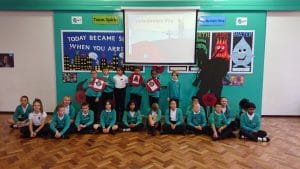 Today, as a whole school, we had a Remembrance Assembly, during which Ms Ashley spoke about what it meant. We watched a short film called Poppies from CBBs, followed by a Y6 quoting ‘Lest we forget…’ and a group of six laying down three wreaths – representing each armed force – at the foot of the Cross. The school then had 2 mins silence and then left the hall in an orderly fashion.

Coronavirus Guidance - Should anyone in your household develop Covid symptoms (temperature, cough, loss of taste or smell) you must keep your child at home, inform us and arrange a COVID test. Tests can be arranged on the gov.uk website. If the test result comes back negative you can return your child to school but we must see proof of the result before we allow them entry to school. If the result is positive, it is vital that you stay at home and self isolate for 14 days. Parents will be informed if we have any positive cases within school.